He always remarked on the curious result of our meeting in London in around 1957, following a seminar he gave on extending Schwarzschild’s metric, both into the past and into the future across null horizons. This seminar had been a revelation to me. Immediately after the seminar I had explained to him my earlier work on spin-networks, and following this meeting we seemed to exchange subjects as our main research interests!

David, himself, picked up instead on the combinatorial aspects of quantum spin as a possible route to delving more deeply into the quantum nature of reality… He certainly took such ideas to greater lengths than anyone else I know of.

His boldness and originality in applying quantum ideas in a universal way—even taking quantum mechanical principles to underlie set theory and the foundations of mathematics—was, I believe, unmatched. We will all miss him most dearly. 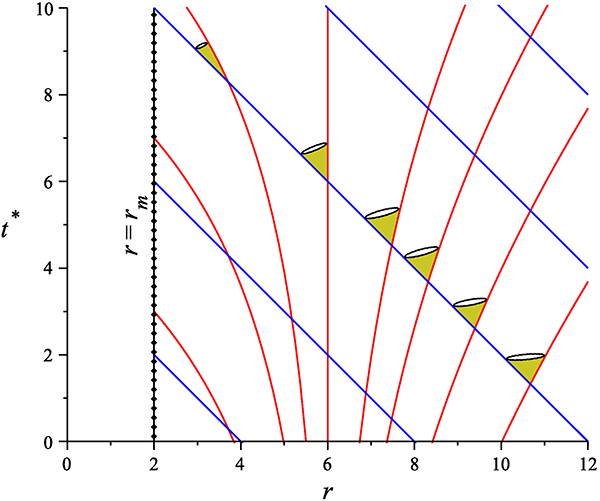 David Ritz Finkelstein, and separately Arthur Stanley Eddington, introduced a coordinate system that helps physicists understand black holes. To the left is an image of the Finkelstein coordinates showing time and radius, allowing observers to penetrate the black hole horizon. 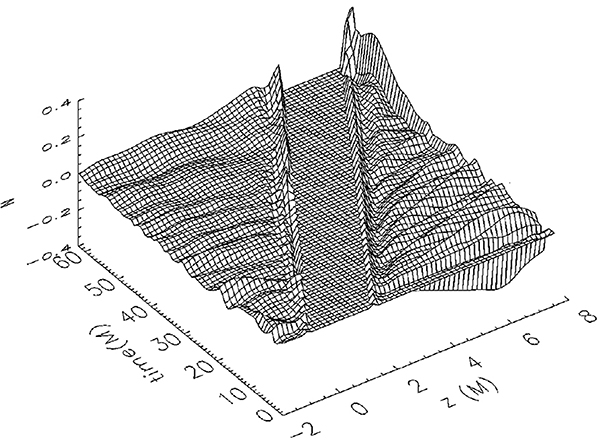 These coordinates, now known as Eddington-Finkelstein coordinates, are put to work in the figure here. You are looking at the path a black hole makes through space and time. The flat “highway” is the path of the black hole with the singularity (a point in space and time that becomes infinite) excised. Researchers use Eddington-Finkelstein coordinates to remove the singularity, allowing us to solve for the dynamics of black holes on computers. 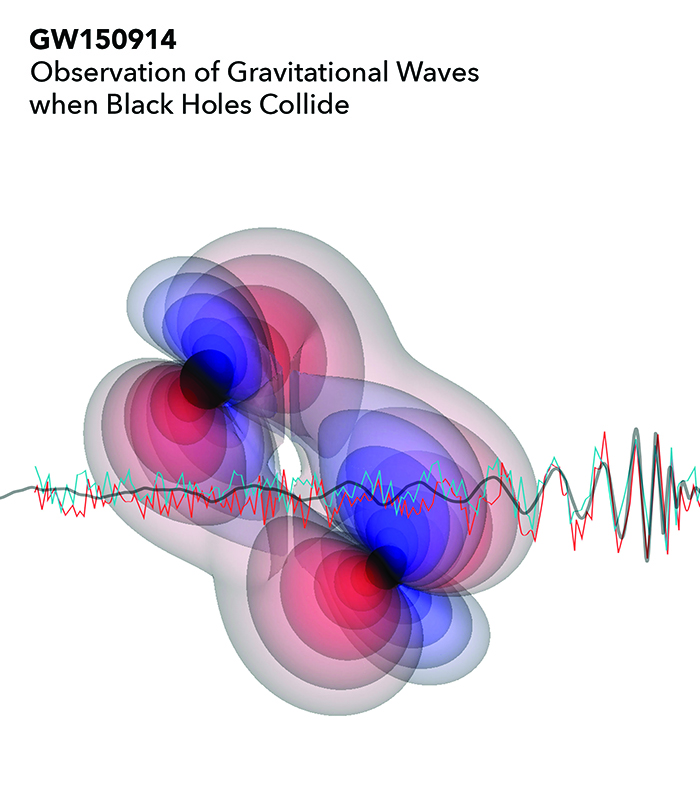 On September 14, 2015, a gravitational wave was detected for the first time. The source of the wave was two black holes colliding and merging 1.5 billion years ago. Simulations of two black holes colliding were an important part of that first detection and the interpretation of the event as a black hole binary. The team at Georgia Tech, with Professors Laura Cadonati, Pablo Laguna and Deirdre Shoemaker, work in this new field of gravitational-wave astronomy.